Here is an example of a new article

The A5 London Holyhead Trunk Road is a major road in England and Wales. It runs for about 181 miles (291 km) (including sections concurrent with other designations) from London, England to Holyhead, Wales, following in part a section of the Roman Iter II route which later took the Anglo-Saxon name Watling Street. 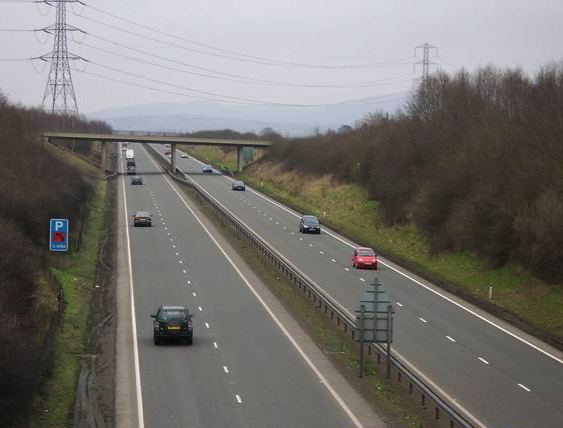 The section of the A5 between London and Shrewsbury is roughly contiguous with one of the principal Roman roads in Britain: that between Londinium and Deva, which diverges from the present-day A5 corridor atWroxeter (Viroconium Cornoviorum) near Shrewsbury.

Roman Britain, with the route of Watling Street in red

The Act of Union 1800, which unified Great Britain and Ireland, gave rise to a need to improve communication links between London and Dublin. A Parliamentary committee led to an Act of Parliament of 1815 that authorised the purchase of existing turnpike road interests and, where necessary, the construction of new road, to complete the route between the two capitals. This made it the first major civilian state-funded road building project in Britain since Roman times. Responsibility for establishing the new route was awarded to the famous engineer, Thomas Telford.

Through England, the road largely took over existing turnpike roads and mainly following the route of the Anglo-Saxon Wćcelinga Strćt (Watling Street), much of which had been historically the Roman road Iter II. However between Weedon, Northamptonshire and Oakengates, Telford's Holyhead Road eschews the Watling Street corridor, picking up instead the major cities of Coventry, Birmingham, and Wolverhampton;[1] this routing being far more useful for communications.

From Shrewsbury and through Wales, Telford's work was more extensive. In places he followed existing roads, but he also built new links, including the Menai Suspension Bridge to connect the mainland with Anglesey and the Stanley Embankment to Holy Island.